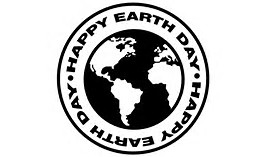 In January 1969, a blowout took place on Union Oil’s Platform A, six miles off the Summerland coast, spewing between 80,000 and 100,000 barrels of crude oil into the Santa Barbara Channel.

As horrified residents watched their beaches turn black and the news media showed the world the thousands of dead and dying birds and other marine life caused by the spill, a new consciousness about humankind’s relationship with Earth came into being. A new movement, environmentalism, was born, and along with it Earth Day, right here on the Central Coast.  Read more by following link below:

Like everything else, writing has to start at the beginning. Before you begin writing your essay, do some brainstorming about your assignment. How much do you know about the subject? How much do other people know? Try to narrow your topic down and then focus on it. For five minutes write whatever comes to your mind. Repeat the process if you need to. But keep working until you come up with one workable idea.